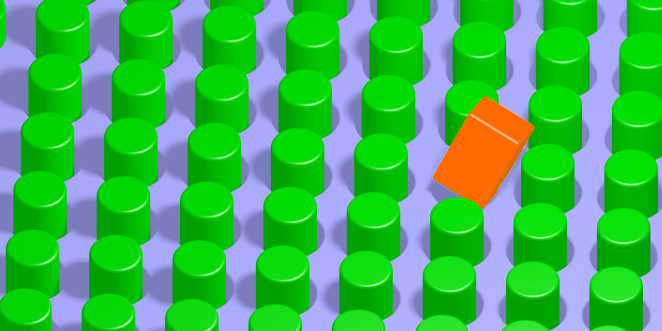 When all you have ever encountered is round pegs, snugly pushed into round holes, a square peg destroys the very principles of your reality. Whilst Missionaries need to peddle the lie that all pegs are round, and their own peg is the best amongst many, Hinduism remains stubbornly, inconveniently a square peg.

“Hinduism” is NOT A RELIGION, nor is it a FAITH, time to stop lying to ourselves and to others. Every “religious” act that Hindus do is an act of Yoga, Hinduism is “YogaVidya in action”.

“Tada drashtuh svarupe avasthanam .. When the Yogi rests in his own essence …” when established in Anandmayakosha, all activity of Manomayakosha is left behind, it is silent. The activity of the left cerebral hemisphere is suspended.

Religion, whereby atma erroneously identities with a bunch of noisy vrittis in manomayakosha, ceases to exist. The religious identity evaporates like morning mist when the sun of Atma appears. ALL mind-based, mind-dependent identities evaporate.

Therefore attaining Yoga is the death, the irretrievable loss, the unresurrectable death of the artificially fabricated religious identity.

The Churches of Empire require fealty from Christians, their tolerance and their tithes, without which they too will evaporate which is why they first hated Hindus, then YogaVidya and today have stuck the obstacle “vritti-thought form” of Jesus into Yoga, calling it Christian Yoga. This is an act of colonial violence and the true objective of Conversion/Evangelism. A crime against spirit, the most heinous of crimes against humanity.

As for Hinduism, the purpose for which the term was coined, and its real meaning is “the stuff brown folks who are not Christian, do” which is why it has no clear definition. It was one of those grey missionary terms to simply define the “other” and has not an iota of basis in satya, reality.