The Myth of Hindu Supremacy 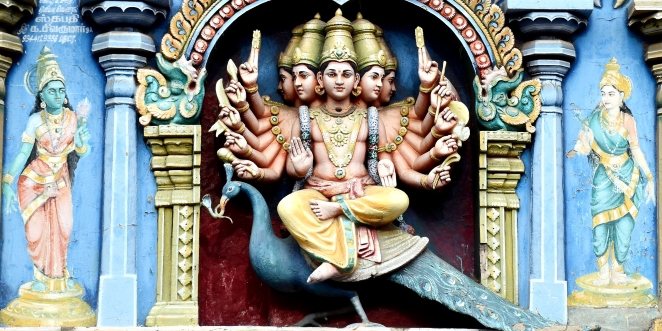 The Myth of Hindu Supremacy

Why is it that any Hindu who defends any Hindu vision, is automatically branded a “Hindu Supremacist”?

Many westerners, especially the former colonial slave masters the Britishers, have fully formed opinions and views of what a Hindu is, what a Hindu should be, what Hinduism is and what Yoga is and much of what constitutes these opinions is based upon colonial accounts and memories. When a Hindu seeks to correct or challenge these prejudices, the common charge “you’re a Hindu Supremacist” or “You’re a Hindu Fundamentalist” is laid at their door. And in the world of ‘White Yoga’ the battle rages….

As for the assertion re Hindu supremacist, it’s the usual kneejerk accusation from those who have little knowledge of colonial history nor contemporary geopolitics.

All I insist upon is that neither my ancestral indigenous cultural identity is available for misrepresentation nor the vidya traditions of Hinduism the 6 Darshans as they are called. In no manner or instance do I wish to see any genuine good hearted student denied access but equally I will object to attempts appropriate or pollute. There is no desire or concept of hierarchy or supremacy except in those who still carry the lingering imprint of colonial entitlement which all former colonies and colonised are nowadays refusing to tolerate. To mis interpret such a position as supremacist is either as I say innocently ill informed which is fine, or pernicious and mischievous.

The institutions of modern day Christendom were established to preserve and maintain the colonial white supremacist Empire, to keep the coloured heathen subjugated but also to keep the “lower orders”, white but poor, in servitude. These institutions have not shed their inner orientation, they have not become humanitarian custodians of a vision of a world where all are equal and colonialism has been reconciled and relegated to the dustbin of history. The evidence, talk of “Empire 2.0” or “projecting lethality” by Government ministers indicates that a patina of civilisation has been acquired, the turd has been gilded, but the unmistaken stench of white supremacy still lingers.

Its noteworthy that Hindus have never militarily crossed their national borders to conquer or to protect their ‘national interests’ and yet when trying to protect and preserve their own homeland and civilisation, descendants of the most rapacious white supremacist murderous empire throw up their hands and shout ‘Hindu supremacist!!’ . Sorry friends, this is the 21st century and the world is waking up to the real supremacists. Good morning and Namaste.”