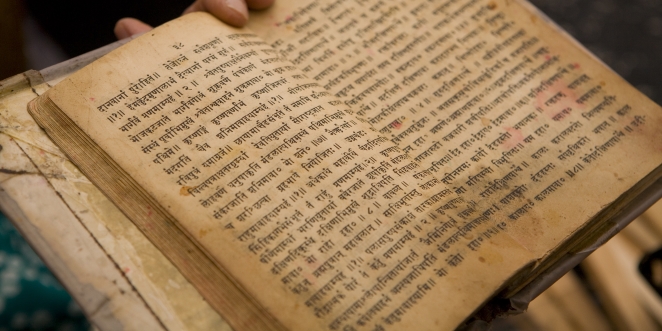 A recent article by Scientific American magazine introduced the term “Cardiac Coherence Breathing Exercise” in describing what a hundred generations of Hindus have known as Anuloma Viloma. The twitter space picked it up and scores of Occidental self declared yogis rushed to “defend the ramparts” against the demands of natives claiming that this was yet another example cultural appropriation.

“Names are not important” was even trotted out by an Occidental “Yoga Teacher” with a Pitamber in his name, sanskrit for SkyFather, and yet Hindus are told that names are unimportant … a response to the article was required…. 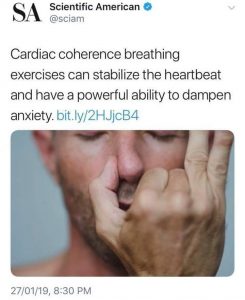 The first act of a colonialist is to rename ( European colonialists made this a priority) because the act of naming immediately slashes and severs the target of acquisition from its indigenous roots, whether idea, object or person. If names were not important why did the Evangelical colonialist insist upon “Kunta Kinte” becoming “Alex Haley” and ancient Varanasi becoming Benares, Prayagraj becoming Allahabad? To say that names are unimportant is either uninformed on a grand scale or plain mischief.

The name is the cornerstone upon which an individual personality is constructed and a person who casually adopts the approach “I’ll use a name for you that’s easy for me, or that suits my comfort, and your discomfort or needs or sense if self are unimportant to me” IS a thieving colonialist, the worst kind of supremacist, one who steals ones roots. If your own name is not from your own indigenous tradition, it might be worth reflecting upon whether you have accepted to live a life chosen for you… knowing by whom and with what intention may lead to a cascade of revelations.

The number of times English people tried change my name from Satish to Simon as I was growing up in the UK of the 70s bears witness to the importance of names, the fact I received no interviews for jobs UNTIL I tested applying as “Simon Sharma” and not “Satish” confirms further that names ARE important.

As for the scientific method, the sloppiness of those who wax lyrical about it is exceeded only by their condescension. Surely Scientific American (an oxymoron if ever there was one) could have asked a Sanskrit scholar the precise meaning of Pranayama? But then again American institutions and indigenous cultures don’t really have a historical relationship based upon rational reasoned civilised discourse do they?

Surely being aware of ones own flawed instruments of observation and biased judgements is a fundamental part of the Scientific method…? Had anyone had the humility to ask they would have been informed that Pranayama does not in any contorted twisted translation become “breathing exercises”. As I said sloppy and no scientific method in sight. Ayama means “to hinder movement” or to ‘arrest’; prana is a Sanskrit untranslatable (named by Rajiv Malhotra) revealed and detected by experience to adhikaaris. Had the masters of the genuine scientific method, the yogis capable of precisely discerning the physiological effect of a breath, meant “breath restraint” the term would have been “Shwasayama”. This would have been in accordance with the superior application of the scientific naming method intrinsic within the Hindu 6 Darshanas, scientific tradition, but it is not Shwasayam, it is Pranayama.

It beats me how so many have commented and passionately as though from positions of superiority, without even noticing that the very premise of Pranayama being breathing exercises was itself incorrect… but of course, we have quiet reflective genuine neophytes amongst us but it’s the ignoramuses who have so much to say, and as the old adage goes… empty vessels make most noise.

As I say incredibly sloppy both in comprehension, exploration and research but also in articulation and exposition. Scientific American… the Texan Rooster Cogburn of the scientific method, how can one not laugh 🤣🙏