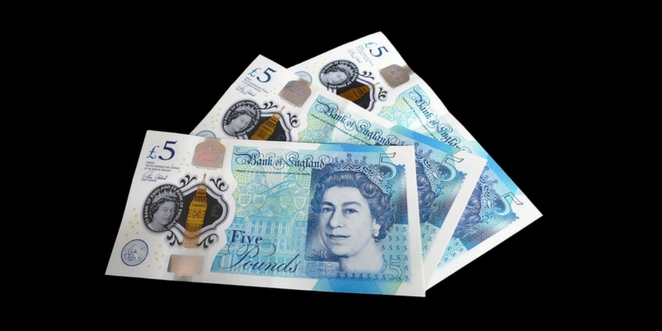 The unnecessary use of “animal derived products” is spiritually and morally harmful to both Hindus and to the planet according to the standards and principles of non-violence, a principle famously articulated by Mahatma Gandhi and recognised and understood globally as a cornerstone of Sanatan Dharma (Hinduism). Our scriptures advise that all living creatures are members of one family, one doesn’t look at members of ones family from the perspective of the utility value of their bodies and one doesn’t deprive them of their equal right to a tranquil and full life on this planet.

Another cornerstone of the Hindu tradition is mindfulness, being continuously aware of the repercussions and consequences of one’s own actions, accepting that the experiences we encounter are significantly determined by our own choices, a principle commonly referred to as the Law of Karma. Being mindful people, we are gravely troubled by the knowledge that the £5.00 notes have been produced at the cost of a life, and this awareness is ever present in our use of these notes. Whether handling them, donating them in a temple or giving them as a gift to a grandchild on his or her birthday, we are aware that they contain tallow and this knowledge we are not able to hypocritically ignore, mindfulness is not a matter of convenience nor of context, something to be switched on and off and hence our use of these notes tarnishes the subtler aspects of every transaction or exchange in which they are used.

The notes are a product like any other product, the decision to not produce £20.00 in this manner is both an acknowledgment and an acceptance that such notes are not fit for purpose. When a product is found to be faulty or harmful, a decision is made to halt production and also to recall the faulty product. A recent example of the Samsung Note device which overheated and caught fire demonstrates the principle and the cost argument could also have been proposed but clearly would have been inappropriate. The contaminated notes should similarly be withdrawn from circulation and the cost argument is equally flawed. Governor Carney announced the immediate availability of £250bn to aid Brexit fears and when the emergency did not manifest, the provision vanished into thin air. Philosophically the “cost of producing money” is a nonsense since more could be “created” to cover the cost of creation. Since the product is faulty and not fit for purpose, as is agreed by all, the manufacturers and their insurers should be required to meet the cost of correction, as would any other manufacturer of faulty goods be required to do. We see no moral nor legal reason why the general public should have to bear this cost.

The Bank being in a monopoly position can indeed ultimately enforce its own decision but in doing so would be imposing its value system and its priorities upon the religious, moral and ethical beliefs of the population whose economic activity it is intended to serve and support in a totally unobtrusive manner and in a totally impartial way. The decision to leave the existing notes in circulation is simply an act of bullying, of state power passing judgement upon and ascribing a quantitative value to, the religious and moral principles of ever increasing religious and ethical minorities of the British population. This is clearly wrong.

From the perspective of the Dharmic diaspora and global community, the selection of Winston Churchill, personally responsible for millions of deaths in the Bengal Famine a mere 60 years or so ago, was an unpleasant development which we chose to overlook. In all relationships, parties seeking mutual prosperity have to accommodate such things, often writing them off to ignorance, insensitivity, cultural naivety etc. The further inclusion of tallow bespeaks of a level of insensitivity and its retention of possibly even callous disregard. The issue has been highlighted in many parts of the world especially India and the announcement of the Consultation served to put on hold the majority of reactions and responses. The outcome of the Consultation is awaited and with no doubt much interest.

The impact of flagrant disregard for Hindu values could easily become an “unfortunate substrate” to the much anticipated Indo-British special relationship and for it to occur especially in the year when we in a post Brexit Britain are seeking major commercial ties with India, not to mention the “UK India Year of Culture” recently launched by Her Majesty, would we are sure, raise an eyebrow or two amongst the leaders of the nation where the deeply tranquil and maternal nature of the Cow is still a potent and protected symbol of the Divine Feminine.  For further reading visit:-

Palm oil from ecologically sound and environmentally friendly sources and processes as presented in section 6 is an acceptable solution.

On a nother note, it is clear from qualitative evidence that the level of donations in temples has reduced directly as a result of this development. Of greater harm is the imposition of the need to have to make a religious, moral and ethical choice – currency should be like water – completely neutral and not in any way in contravention of either the spirit or the letter of Equalities legislation. This 100% neutral status of currency must be restored, there is no such thing as a 99% principle. It exists in its entirety or it does not.