The bifurcation of Yoga and Sanatan Dharma continues …. 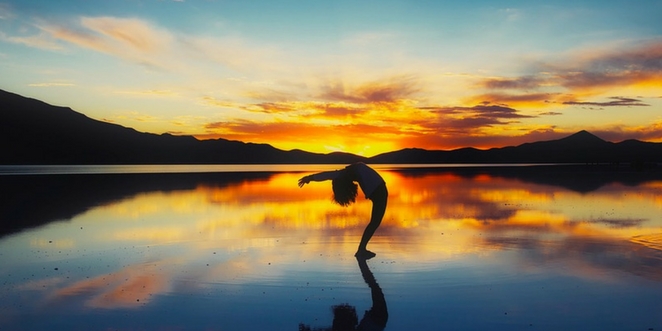 The bifurcation of Yoga and Sanatan Dharma continues ….

is like trying to separate Shiva from Shakti, water from wetness, love from life.

A fools errand promoted by those who know of neither,

but are intent on the destruction of both” Satish K Sharma

For thousands of years Hindus have been practising what the west calls “Yoga” and what the west calls “Hinduism” and have enjoyed the peaceful exuberant journey called Life as a result. Never invading any other nation, placing all life on a pedestal and worthy of worship, never harming a flea as a result of this synergistic philosophy. Millions of Hindu’s have enjoyed health, tranquility, wealth and even enlightenment and have sought merely to preserve and share the blessings they received from their ancestors. Never to “patent”, to deny or to pollute or taint and always seeking to protect this most humanist of cultures from infection with the disease of commerce, rampant rapacious profiteering, always hoping to share and nurture, support and bless.

Enter stage left the Western urge to colonise and pillage. As Samuel P Huntingdon said “The West won the world not by the superiority of its ideas or values or religion, but rather by its superiority in applying organized violence. Westerners often forget this fact, non-Westerners never do.”  Violence takes many forms and if you can no longer colonise geographical continents, then colonising the Continents of thought will do nicely. If you want to colonise the Continent of Hindu Knowledge the oldest and deepest repository of wisdom and science known to human beings, you need academic foot soldiers to perpetrate academic atrocities. Academic violence uses the same colonial principles and the assault on this continent is under way.

The Western corporate mind, exporter of GM manipulation, subprime finance, and warfare unceasing now has turned its attention to the gentle Yoga practices of the Hindus. The cry has gone out “Yoga IS NOT Hinduism” and “Yoga IS Hinduism” and the campaigns are afoot and gathering steam. When you want to exploit Yoga or attack Hinduism, the battle cry is “Yoga is nothing to do with Hinduism” and when you want to attack Yoga, the cry goes out that “Yoga IS Hinduism”. Academics, occidental and sadly some deluded orientals too, are having a field day with the Yoga/Hinduism question and in the runaway train of academic intellectual debate, a few simple questions are being conveniently and quite deliberately overlooked and we are asking those questions. The questions which every racist, white colonist just doesnt want to address is : –

“What in Gods name has it got to do with non Hindus anyway?”

If it doesnt trouble us Hindus, and it has never troubled Yogis and Hindus alike for millenia, why are non Hindus getting into such a tizz over this question? There they are, having their forums and their conclaves, producing academic research on the “Yoga in the West” phenomenon but ask yourself WHY? It strikes me that the Western corporate mind is only ever interested if there is an opportunity for exploitation, whether it is of oil or knowledge doesnt matter, or perhaps if its dominance is threatened. Do you hear Hindus huddling together and holding conferences about the flaws in reasoning behind the “reason-averse” rhetoric which has been spouted by the Church of Empire in its history and even today? No, and since the reason why Hindu’s dont do this seems to be beyond the capacity of predominantly European “academics” to understand, lets spell it out once and for all, ITS BAD MANNERS to nail a neighbour to the wall and dissect away at his or her history, tradition, religious and spiritual practices as though they were not quite human in the same way as our paler white supremacist friends, or even worse as though he or she were dead. And yet they do it without a second thought. The West spawned a whole generation of Indologist’s to study the Hindoo’s, the same barbaric mind set studied and categorised the people of Africa for exploitation and although it has become less strident, there is a definite sense that this mind set is still there, naming and looking for differences to pounce upon, seeking opportunities to criticise what it usually can’t understand in the hope of convincing itself of its own superiority. The Hindu mind set, developed and nurtured for 5,000 years with elevated ideas such as “Athithi devo bhav –  the guest is God” wouldnt dream of being so crude and insulting as to engage in deeply personal poking and prodding, rummaging around in the psyche and sensibilities of a living culture, whilst members of that culture were sitting in the very same room.

Do Hindu’s produce academic papers and award each other degrees on the publishing of statistics of the insane mind set, peculiar to the West, which can enslave whole races, rain war upon weaker nations, whose religious ideologies have supported everything from global genocides against indigenous peoples all over the world, upto and beyond the Holocaust ? Naom Chomsky has said that, “if judged against the principles set out at the Nuremberg Trials, every postwar US leader would be found guilty of war crimes” ? Surely here’s a field of research worthy of Doctorate’s! And then Hindu’s too could create forums, invite leading occidental academics and clergymen and then in front of them dissect the very fabric of their personalities, their quaint “culture” and rustic philosophies, their latent aggression and immature self image – exploring and rummaging around in the deepest innards of their darkest demons, just like with the poor rat above. Its the height of bad manners and no self respecting Hindu would dream of being so uncultured.

The UK Charity, the British Wheel of Yoga under the guidance of Chair Paul Fox, seems however to have reconnected with its own deeper hitherto latent sense of “white supremacy”. Completely unaware of a phenomenon again best described by Samuel P Huntingdon..“In the emerging world of ethnic conflict and civlizational clash, Western belief in the universality of Western culture suffers three problems: it is false; it is immoral; and it is dangerous”  the British Wheel blunders forward making ill researched remarks, blindly stomping around in the spiritual and religious lives of British Hindu’s, choosing to remain blithely ignorant of the damage being done to inter-community harmony.

Academics would do well to recall the words of Swami Vivekananda…

“In regard to the teacher, we must see that he knows the spirit of the scriptures. The whole world reads Bibles, Vedas, and Korans; but they are all only words, syntax, etymology, philology, the dry bones of religion. The teacher who deals too much in words and allows the mind to be carried away by the force of words loses the spirit. It is the knowledge of the spirit of the scriptures alone that constitutes the true religious teacher. The network of the words of the scriptures is like a huge forest in which the human mind often loses itself and finds no way out.”  The leadership of the Wheel has clearly lost its way.

Hindu’s do not dissect the psyche of others and thats because Hindu’s are practising Yogis and if there is one thing that authentic Yoga practice does, it brings refinement to the coarse mind, it brings genuine compassion to the hardened heart and the desire to serve to the grasping thief. It brings sensitivity to the feelings of other humans in particular and living things in general. And perhaps thats why the Western religious powers fear Yoga so much – in Yoga lie the seeds of the Wests long overdue civilisation – the revelation of all lies and the final unavoidable recognition that the fears which lie at the heart of the Western minds aggression, were the only true heathens. Like all fears, the fear of ones own flaws having to be faced and reconciled is the greatest fear of all and it drives them to attack verbally when not physically, anything which requires them to confront their own flaws. It turns out that the heathen natives the world over, have lived more in harmony with the earth and with themselves than any Western nation, and yet they have been deliberately consumed and digested by the unendingly consumptive psychosis which is generously referred to as Western civilisation.